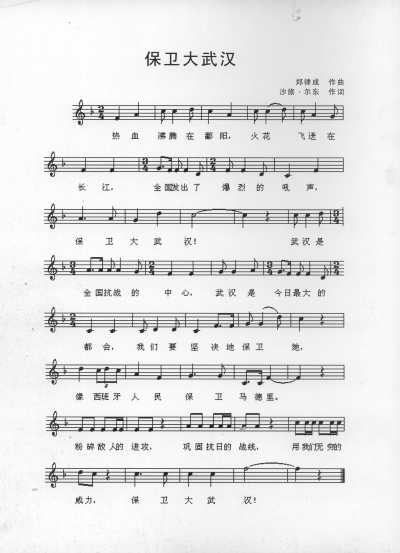 The long resistance of the city of Madrid to fascist rebels during the Spanish Civil War (1936-1939) offered a model to Chinese Communist troops during the battle of Wuhan (June-October 1938) against Japanese occupiers.

Wuhan is the heart of our war of resistance,
Wuhan is today our bigest city，
we must defend it resolutely.


Like the Spaniards defend Madrid
we'll defeat the attack of our foes
we'll consolidate our anti-Japanese front.
Let's defend Wuhan!