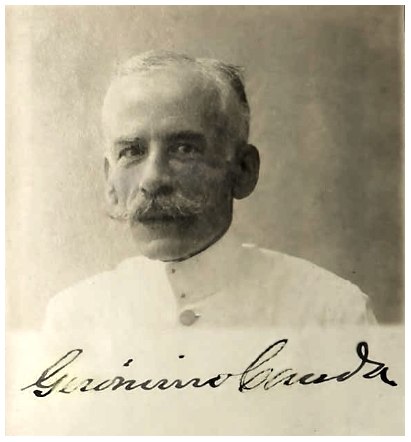 Little is known about Gerónimo Canda, one of the Spanish-Filipinos living in Shanghai. Born in Cadiz in 1867, Canda and his family lived for years in Manila (and the uniform he wears in the photograph hints at service in the navy), where journalist Romero Salas, who mentions encountering Canda during his visit to Shanghai, often met him and his family.  Canda was also present in the reception organized by the Spanish community in town for the officials of the cruiser Blas de Lezo.

The portrait was attached to Canda's application for an American passport filed in Manila in July 10, 1919.