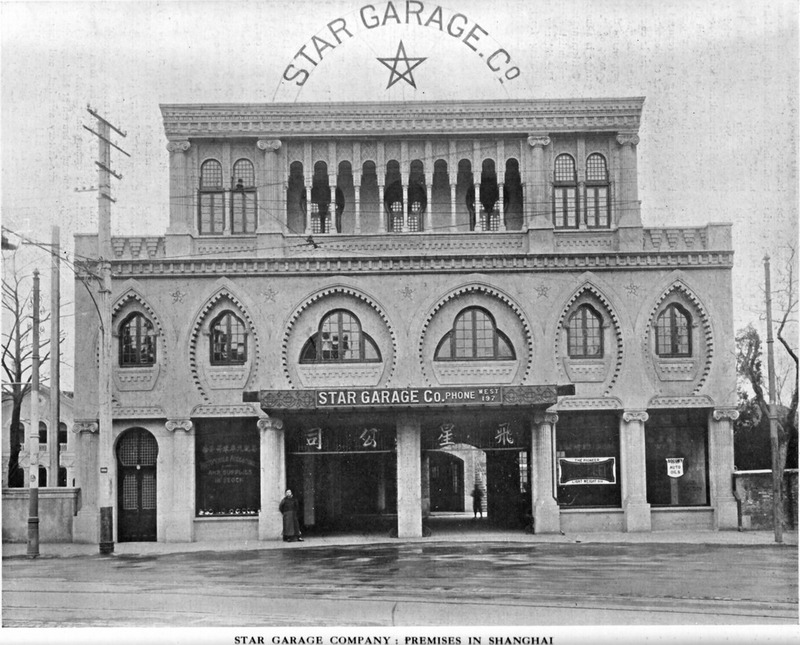 The Star Garage was designed by Spanish architect Abelardo Lafuente in Shanghai for Albert Cohen (1870- 1930). Born in Constantinople, Cohen obtained the Spanish nationality due to his Sephardic origins—and his wealth. One of the (at least) three garages designed by Lafuente for Cohen, the Star is the only one standing today, at 702 Nanjing West Road (former 125 Bubbling Well Road).

The garage business extended from the initial rickshaws to include cars rented by the minute, the origin of present Chinese form for 'taxi', 出租车 chuzuche, or 'car for rent'.

As in all buildings hosting a garage, the aim was to enclose as big a space as possible. The Star Garage became one of the most symbolic and representative works of Lafuente in China due to its eclectic facade, with neo-arabic and neo-classic elements.