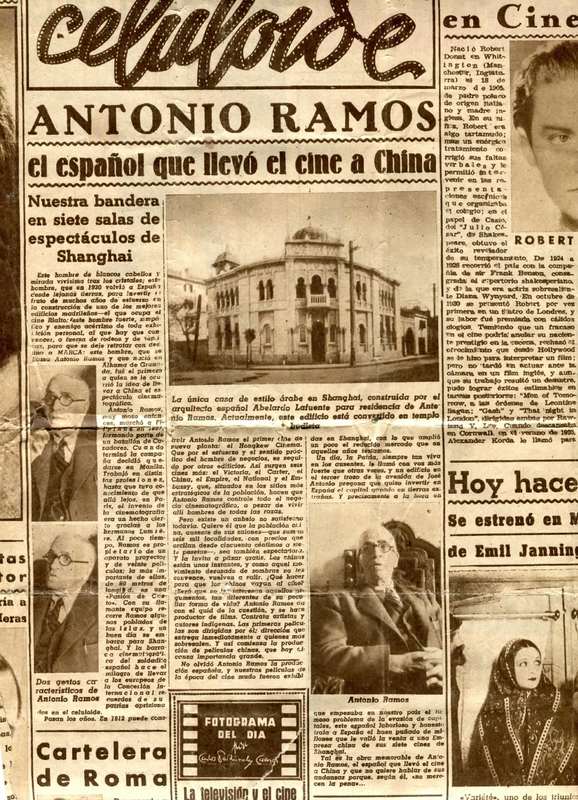 Some 15 years after he decided to return to Spain, a Madrid sports newspaper published this piece that summarises Antonio Ramos' life and accomplishements in China, from his pioneering film screenings to the construction of seven cinema theaters in Shanghai and his producing of local films.

In addition to three portraits (obtained in the final months before his death), the piece includes a photograph of his mansion in Shanghai, designed by architect Abelardo Lafuente and currently standing in 250 Duolun Lu.

The document has been discovered by architect Álvaro Leonardo during his PhD research on the life and works of architect Abelardo Lafuente.