Architect Abelardo Lafuente García-Rojo (Fuentidueña de Tajo, Madrid, 1871 – Shanghai, 1931) designed a series of buildings in Shanghai during the 1910s and 20s in which developed his signature neo-Arabic style, mainly for prominent members of the Spanish community in the city, such as film impresario Antonio Ramos and businessman Albert Cohen.

The eldest of five siblings, Lafuente spent his childhood in Madrid and Manila. His entrepreneurial father, Abelardo Lafuente Almeda (Málaga 1848 - Manila 1900), a Government engineer, had asked to be transferred to the Philippines, where he became assistant to the municipal architect Juan José Hervás Arizmendi and, from 1896 to 1898, acting municipal architect in Manila. He stayed in Manila after the end of the Spanish colonial period, and died in 1900 in a house he had built himself in the Santa Cruz district.

In Madrid, Abelardo Lafuente junior received technical training and completed his military service. After getting married in 1894 to Luisa Ferrari Ayora, Lafuente started working in the national railway company MZA. In 1898, following his father’s steps, he decided to move to Manila. Initially, his wife, daughter Gloria and baby boy Enrique (who in time would become an important art historian) stayed in Madrid. During the first two years of Lafuente in the Philippines, he established himself among the Spanish community with an architectural studio, “Abelardo Lafuente: Architect & Contractor”, located in the 165 Magallanes Street

In 1913, attracted by the booming opportunities of Shanghai, he moved to China, after a trip to Europe to visit his family in Madrid (where he absorbed the predominant style in works by architects like Velázquez Bosco and Juan de Villanueva) and different European cities. His first office in Shanghai was in 5 Hong Kong Road, and among his first partners were Spanish businessmen who Lafuente had probably met in Manila. Such is the case of film impresario Antonio Ramos Espejo, for whom Lafuente designed two cinema theaters, an apartment block and a family mansion, in addition to partner together in different business ventures. Similarly, Lafuente designed different commercial and industrial buildings for Albert Cohen, a Sephardic Jew from Constantinople who would become Spanish citizen in China.

Between 1916 and 1919, Lafuente partned with the American architect Gerald Owen Wootten, with whom he obtained projects for the American community. The main projects from that time were the American club (1918) and the Jewish club (1919).  It is at that time that Lafuente & Wooten initiated their collaboration with the Hong Kong and Shanghai Hotels (HSH) company. They designed the majority of interior spaces of the hotels of HSH in Shanghai, Hong Kong and Guangzhou. Once Lafuente and Wooten split, Lafuente continued working for HSH until 1926, a time during which he designed the dance balls of the Astor House (reformed in 1917 and 1923) and the Hotel Majestic (1924), where Chiang Kai-shek was to celebrate his wedding.

Working alone between 1919 and 1924, Lafuente developed his signature neo-Arabic eclectic style. His most representative building in this sense is the summer house for Antonio Ramos (1924), next to which architect and impresario invested in the Ramos Apartments (1924). 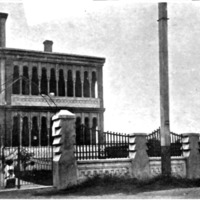 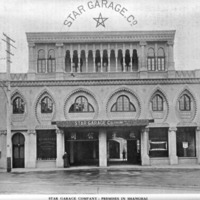 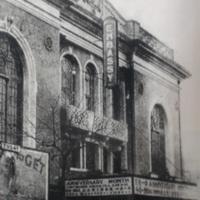 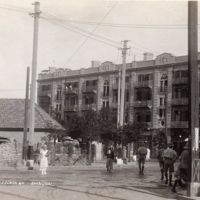 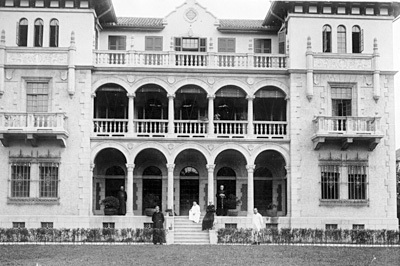 At the same time, Lafuente designed more conventional projects, such as the central house of the Augustinian Recollects‎ in Shanghai (1922). He also started a partnership with the Russian architect A. J. Yaron, to last from 1925 to 1928. Lafuente & Yaron would count among their clients notable members of the Russian community and the Chinese wealthy. The Lafuente Building (1926), in the heart of Shanghai, is the main example of the many projects of that time, many of which were not built, proof of the growing competition in the city.

Lafuente left the studio open in the hands of Yaron while he left for the United States to establish a second office. In California, Lafuente designed several projects for hotels and private residences, including his own house in Bel Air, which is erroneously named today as Casa Granada. The 1929 crash, however, frustrated Lafuente’s plans and he is forced to leave, fleeing from creditors. He tried to recover his finances in Tijuana, where for a year and a half worked for private clients and even attempted, with a partner, the construction (1930-1931)of a Spanish social club.

Upon his return to Shanghai, Lafuente was well-received by the local press, which reported his arrival and remembered his buildings. However, a pulmonary infection Lafuente had contracted just before sailing from San Francisco and which aggravated during the long sail, killed him barely two months after his return to Shanghai, while staying in the Astor House Hotel.